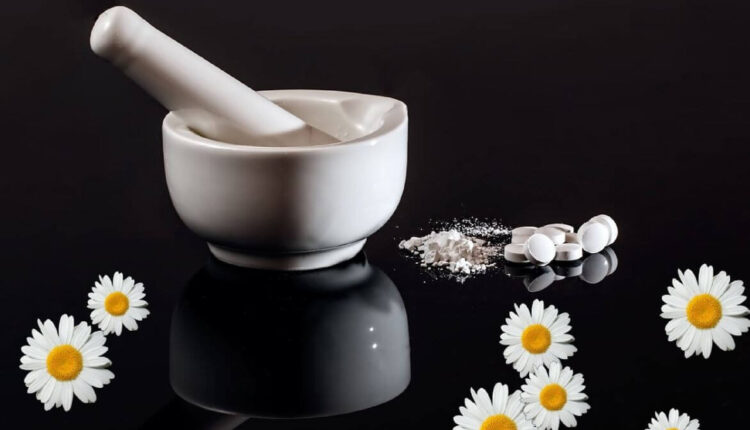 Homeopathy 101: Matchmaking according to the Law of Similars

I’ve been interested in Homeopathy ever since I became aware that there are millions of people who swear by its effectiveness and safety. It is more than intriguing that Homeopathy is one of the alternative systems of medicine promoted by India’s government “ministry of AYUSH”. There are around 300.000 homeopathic doctors in India and about 100 million people depending solely on Homeopathy for their medical care.

But hearing about the many symptoms homeopaths consider felt too daunting for a long time. Recently I realized that Homeopathy is a whole other system of medicine in itself, with its own foundations. This is the reason that it has been effective for all kinds of ailments, from the common cold to cancer, and can be used for the youngest babies, the oldes grandfather and anyone in between. It is also the reason that Homeopathy remains controversial.

But now I’m finally ready to double down and learn the basics.

So I registered for classical homeopath Mary Aspinwall’s free Homeopathy newbie course at https://maryaspinwall.com/marys-free-course-exploring-Homeopathy/ and decided to make cliff notes of what I learned, because writing things down in my own words always helps me to remember them better. I like Mary’s course, because she keeps things short and sweet, while being lovely herself. Thank you, Mary, for making your course freely available!

First of all, the term “Homeopathy” is Greek, and means “like-suffering”. The name is given in allusion to the basic premise of Homeopathy, which states that “like cures like”, and is fleshed out as follows: Healthy volunteers take small amounts of a substance and then carefully observe what changes occur in themselves, be they physical, mental, emotional, or perceptive. Even dreams count.

These symptoms are all carefully written down and collected under the name of the substance in a book of remedy descriptions (called “Materia Medica”).

This substance will be the remedy for sick people who have the same symptoms experienced by the healthy “guinea pig volunteers” (which are officially called “provers”).

Samuel Hahnemann, a German doctor and chemist who lived from 1755 to 1843, was the first to “prove” substances on his own body, listing the symptoms he experienced as remedy descriptions. He found the “like cures like” idea (that goes back to antiquity) to be a law of nature that works as reliably as gravity does. Another thing that this law of similars shares with the law of gravity is that noone as yet has been able to explain how either works.

The art of Homeopathy is what Mary calls “matchmaking” – matching the symptoms of a particular individual in a particular situation with the symptoms a remedy produces in a healthy person, the closer the better. It will be impossible to match every single symptom, since the Materia Medica comprehensively lists all the symptoms experienced by provers, “as if one person” (also called the “remedy picture”). Of course everyone will react to things differently, so no one person (be he prover or patient) would ever have all the combined symptoms of the remedy picture. The “keynote symptoms” are those that appeared strongly in the majority of the provers.

The important thing is to consider “the main energetic feeling of the remedy”, as Mary puts it. Hahnemann wrote that the psychological symptoms are usually more important than the physical ones.

Mary gives Phosphorus and Arsenicum as two example remedies. Both are good for people with burning pains. But Phosphorus will match an empathetic person who often overdoes things for others and gets burned out, while the energy of Arsenicum matches self-centred, demanding, perfectionist, high-maintenance types. Only when matchmaking is done correctly will the remedy actually be “homeopathic” (producing the “same suffering” in healthy provers as the sick person is experiencing).

Classical homeopaths usually only give single remedies. But when there are “outside-in events” (such as an injury, surgery, dental work or radio/chemo therapy), Mary will tailormake a remedy to fit that particular situation. For example, an accident which leaves a person with physical cuts and bruishes, as well as emotional shock warrants the 3 remedies Aconite, Arnica and Calendula mixed together in a little water.

The background of Homeopathy

I always like to have the history and reasoning behind basic ideas, so I will now take a look at the history of Homeopathy and its main premise.

It was Hippocrates who wrote over 2000 years ago that there are two approaches to healing, namely the use of contraries or opposites (such as the anti-biotics, anti-histamins, anti-inflammatories etc used by modern medicine to try to restore the body to balance) or similars (homeopathic medicine). Interestingly, Hippocrates was not keen on using opposites because he noticed that often the original problem got worse and more and more of the opposite medicine had to be given to get the same result. It can definitely be said that modern medical treatment tends to be palliative (relieving pain without dealing with the cause of the condition), rather than curative.

Others noticed the same thing, and so it has been a common approach in traditional herbal medicine throughout the world for thousands of years to treat patients with similars. To clarify, similars are substances that have been found to cause particular problems in a healthy person and are therefore used to treat those same problems in an unhealthy person.

Here are some examples from Homeopathy:

–A common hay fever remedy is prepared from Alium Cepa (onion) because a healthy person chopping an onion will often get a runny nose and streaming eyes.

–Angry red swellings (however caused) may be treated with Apis (made from bee sting).

200 years ago, Homeopathy was founded on this second approach of using substances that can cause “similar suffering” to restore health. (Mary recommends the movie “Amadeus” to get a feel for era, since Homeopathy’s founder Hahnemann was born just one year before Mozart). Hahnemann was a brilliant student, who studied chemistry and medicine, but as he took the Hippocratic Oath of “first do no harm” very seriously, he found himself very unhappy with the haphazard, unscientific practice of medicine of his time. The following interesting excerpt from his diary gives some insight into his struggles:

“I cannot reckon on much income from practice… I am too conscientious to prolong illness or make it appear more dangerous than it is…It was agony for me to walk always in darkness, when I had to heal the sick, and to prescribe according to such and such an hypothesis concerning diseases, substances which owed their place in the Materia Medica to an arbitrary decision…Soon after my marriage, I renounced the practice of medicine, that I may no longer incur the risk of doing injury and I engaged exclusively in chemistry and in literary occupations.”

These literary occupations included work as a translator. Whilst translating a book by the Scottish doctor Cullen, Hahnemann was dissatisfied with Cullen’s explanation that quinine (also known as Cinchona bark or China) was effective against malaria because of its bitterness. As a brilliant chemist (acknowledged by Lavoisier) he was well aware that one could combine many drugs into a medicine much more bitter and astringent than China, yet which would have no effect on malarial fever.

Hahnemann’s desire for a scientific medical practice based on unbiased experimental data caused him to try and find out Cinchona’s mechanism of curing people of malaria by taking significant doses of it himself and meticulously recording the results. After a few doses he actually developed symptoms similar to those present in malarial fever, for which he would commonly prescribe the drug. We get to read his non-wimpy diary again (which gives us firsthand insight on how homeopathic symptoms are recorded):

“My feet, finger ends etc., at first became quite cold; I grew languid and drowsy; then my heart began to palpitate, and my pulse grew hard and small; intolerable anxiety, trembling, prostration throughout my limbs; then pulsation in the head, redness of my cheeks, thirst, and, in short, all these symptoms that are ordinarily characteristic of intermittent fever [malaria], made their appearance, one after the other… Briefly even those symptoms which are of regular occurrence and especially characteristic – as the stupidity of mind, the kind of rigidity in all the limbs, but above all the numb, disagreeable sensation, which seems to have its seat in the periosteum (bone surface), over every bone in the whole body – all these made their appearance. The paroxysm lasted two or three hours each time, and recurred, if I repeated this dose, not otherwise; I discontinued it and was in good health.”

Of course Hahnemann was very excited by this discovery because it pointed the way to a sound, logical, truly scientific basis for the selection of medicines. Yet he didn’t rush to conclusions, but repeated the experiment several times, with consistent results. Then he set about testing a whole range of substances in the same manner. The results of these drug tests (called “provings”) were consistent. He found in each case that a drug which produced certain symptoms in the healthy was capable of removing similar symptoms in disease.

His experiments, as well as research in the available medical literature of his time, validated the theory previously hinted at through the ages. This principle, “similia similibus curantur” (likes cure likes) is now known as the Law of Similars and it is as true and effective today as it was back in 1796 when Hahnemann first put it to the test.

Homeopathy has often been accused of being unscientific quackery. If the above short description of Hahnemann’s path to Homeopathy is not enough to lay such accusation to rest, we can turn to one of Hahnamann’s main inspirations, his philosophical mentor Johann Heinrich Lambert, a brilliant Alsatian mathematician, astronomer, scientist, and philosopher, who among other things introduced probability calculation into mathematics. The title of his 1764 treatise on philosophy and the scientific method gives a good indication of the contents: “New Organon: Thoughts on the Investigation and Designation of the True and its Distinction from Error and Illusion”.

Classical homeopath Manfred Mueller writes, “Lambert, with the razor-sharp precision of a mathematician and astronomer, slowly, patiently explains how not one, but several different categories of induction, used singly or in combination with others, will lead to truth, or may yield errors or illusions, depending on how one makes use of these. Lambert’s phenomenology is pure applied reasoning. It settles the question of why and how homeopathic myths are formed: It is because most homeopaths have never studied the application of reason.” (Mueller, 2008)

Hahnemann wrote his own celebrated “Organon”, in which he describes everything a homeopath needs to know. Manfred Mueller, who read both Organons, testifies that “In his Organon, Hahnemann made masterful use of the tools detailed in Lambert’s treatise”.

Today we have at hand an even more comprehensive and complete record of drug provings than that contained in Hahnemann’s Organon. Currently, 2500 to 3000 homeopathic remedies are produced from five major sources: minerals, plants, animals, disease tissue (called nosodes), and conventional drugs.

Homeopathy Research Institute (2010). Homeopathy use around the world. Retrieved on Feb 13th, 2020 from https://www.hri-research.org/resources/essentialevidence