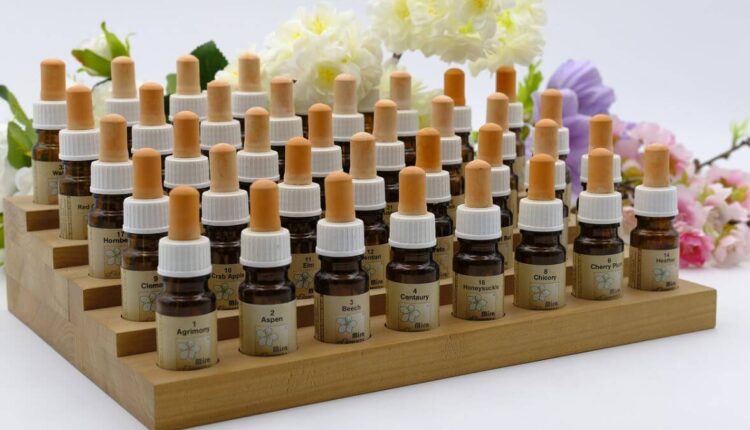 Minimalism refers to the famously controversial micro doses used in homeopathic treatment, as well as their sparing use. Remedies are diluted in water or alcohol hundreds or even thousands of times, until there is not even one molecule of the original substance left in them. This is why homeopathic remedies have no side-effects, which honours the first principle doctors vow to follow (“First do no harm!”). Also, the same micro dose works for anyone with the matching symptoms, whether baby or bodybuilder (there is no such thing as halving pills). A dosage should not be repeated (“don’t fix what ain’t broke”), unless the process of healing stalls.

The minimalist principle means that there is nothing to worry about if the wrong remedy was selected, as nothing at all will happen. This takes away fear and gives confidence.

It is only if one takes repeated doses of a remedy that there will be any negative symptoms experienced. But these are only temporary and will vanish again once the remedy is no longer taken.

It is in fact the job of remedy testers (“provers”) to keep taking a remedy until symptoms off illness are produced so that they can write down these symptoms to add to the “remedy picture”. This job is unconfortable, but profitable in that the prover’s immune system is trained. As soon as the remedy is no longer taken, symptoms will disappear with no long-term ill effects.

Critics hold that since there is “nothing” in a homeopathic remedy, it must therefore be no more than money-making pseudo-science. Any healing success achieved by homeopathic treatment is then relegated to the placebo effect.

Homeopaths, however, point to babies, animals and skeptics who have no belief in Homeopathy and yet respond well to a well-matched remedy. Conversely, a patient can have all the faith in the world, but if the remedy is poorly-matched it will do him no good.

It is true that remedies used by homeopaths often do not show good results in conventional double blind method studies. Such a study will comprise two groups of randomly chosen patients, where the first groups gets a sugar pill (the placebo), whereas the second group gets the remedy pill being studied. “Double blind” refers to the fact that neither the patients, nor the people administering the pills know who is getting which pill. The problem with this sort of study is that giving one remedy to fit all is against the basic principle of homeopathic treatment. True homeopathic treatment consists in patients being closely questioned about all their individual symptoms so that the most closely corresponding remedy can be chosen. Only a correctly-matched remedy will actually be homeopathic in the true sense of the word. But this obviously does not fit the format of the double blind study.

Homeopaths explain that micro-dose remedies carry the “energetic imprint” of the original substance. When a remedy is well matched (according to the Law of Similars discussed in my “Homeopathy 101” cliffnotes), the remedy will act as a catalyst to awaken the body’s own innate healing power.

This reminds me of Dr. Masuro Emoto and his famous photos of ice chrystals that apparently responded to negative or positive energy in the form of words and music. Look him up.

Mary tells the story of French immunologist Jacques Benveniste, once head of a research team at the French National Institute of Health and Medical Research, who came up with the concept of water memory. “He diluted a solution of human antibodies until not a single molecule remained. Provided the solutions were shaken vigorously, Benveniste found that human basophils reacted as if the original antibody was still there. Two years after publishing his findings (1988) he lost his job and research funding. In 1999, a team of scientists led by Professor Madeleine Ennis of Queen’s University of Belfast claimed they had replicated his results.”

Mary also mentions that Nobel prize winner Luc Montaignier “recently confirmed that homeopaths are right. He stated serial dilutions are “not nothing,” because the dilutant is imprinted with the original substance.”

Interestingly, only some people are able to replicate these findings, while others are unable to do so.
Dr. Peter Fisher, who was the Physician to Queen Elizabeth II, puts this down to ‘plausibility bias’, which he explained as follows:

“Plausibility bias obstructs a fair evaluation of the evidence around Homeopathy; its extent and implications have not been adequately recognized or discussed. It should not impede further research, but we must recognize that such new research in Homeopathy, if positive, may have limited impact on practice until a plausible theoretical framework is established.”

In other words, some people are unable to accept that Homeopathy works, whatever the evidence says – until they know exactly how it works.

To that I can only agree with Mary that having a skeptical mind is healthy – but not if it causes you to ignore tons of evidence compiled by millions of people. Having an open mind is healthier – and more scientific to boot. After all, how much do we really know about bioelectromagnetism, the immune system, the DNA and such?

The best thing to do to prove for yourself whether or not Homeopathy works, is to try it out for yourself. And that is why I am doing this course.

I do want to mention another explanation I heard on why super-diluted remedies work. Dr. Rajendran spent seven years looking at homeopathic remedy solutions under the field emission scanning electron microscope, and discovered that they contain nano particles particular to the specific remedy. The tiny size of these particles allows them to enter the cell nucleus and directly affect the DNA. You can find his book (which includes real photos of nano particles) “Nanodynamics: Nanoscience and Homeopathy” on Amazon. This would mean that homeopathic remedies work at the DNA level.

When Homeopathy’s founder Hahnemann tested substances of which he knew that they could make a healthy person sick, he and others who were kind enough to test the substances on themselves often became very ill. So he began diluting them but found that these dilutions had no effect. There was one missing element.

There are several stories of how Hahnemann found the solution. One relates that one day as he was holding a test tube of a diluted substance in his hand he was so frustrated that he began hitting the tube against a leather-bound Bible. He discovered that the process of shaking and bashing imprinted the energy of the original substance into the liquid so that it continued to have a medicinal effect, but without the toxic side effects.

However it actually happened, Hahnemann found his way to what is today called “potentisation” – the combination of diluting a substance (to “de-poison” it) and “succussing” it (to make it potent for healing). Succussion is the process of shaking or striking the bottle firmly against the palm of your hand (Mueller, 2017). The more often the remedy is struck, the more energy is transferred to it.

In Mary’s words: “Potentizing makes substances more powerful, because it allows them to send a very clear message to your body on an energetic level… Since the higher potencies are further away from the material realm they communicate more strongly with the body’s own healing energy.”