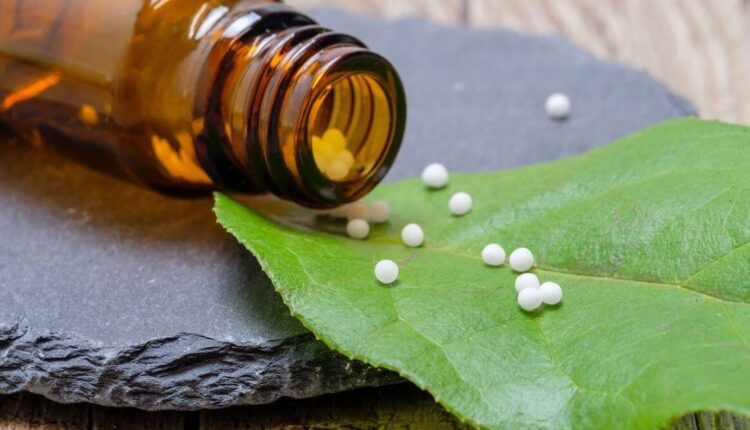 When trying out something new, it’s important to have the right tools to evaluate whether or not it’s working. This is especially true in medical treatment.

When I have a head-ache, tylenol will kill the pain. Millions of people take this seemingly harmless drug (actually an overdose can kill you!) – and believe it makes them better. But if my head-ache was actually a message of my body to alert me to dehydration, tylenol will cause me to ignore this message, and I will in fact be worse off than before. Therefore pain relief cannot by itself be a reliable indication of healing.

Homeopathy actually includes a concept regarding the direction of healing that is very useful for assessing progress towards health. While this rule is usually attributed to Constantine Hering, a distingued homeopath, Saine (1988) found that it goes back to observations written down by Homeopathy’s founder Hahnemann himself. The rule is based on observations of thousands of cases. The beautiful thing is, since it is a general rule of thumb, it applies to any kind of approach to healing to show whether what you are doing is making your healthier or rather sicker.

I am continuing my cliffnotes on classical homeopath Mary Aspinwall’s free Homeopathy course for beginners (find it at https://maryaspinwall.com/), and this lesson is particularly exciting as it also involves case studies that really help to clarify things!

The Direction of cure will take place “from centre to circumference” in three dimensions:

2. from the head down to the feet.

3. from newer to older symptoms

1. From within to without

The body will always try to protect your vital insides by bringing things up out of a deeper level out onto the surface. Detoxifying happens daily through burping, mucus, urine, sweat, flatulence and stool. It can also happen through the skin breaking out in various ways, through discharges from the eyes, ears, nose or through vomiting and diarrhea.

Since these symptoms are actually the body’s protective responses that follow the Direction of Cure, they should not be suppressed with medication. This only drives the dis-ease back inside and to a deeper level. Remember – it’s “better out than in” when it comes to toxins!

2. From above to below

The body also moves the dis-ease from above (away from the brain and then from the vital organs of the trunk) to below where the extremities are. This is especially true for with superficial symptoms such as skin rashes and joint or muscle complaints. A movement of symptoms down your arms or legs and leaving out of your hands or feet is movement in the Direction of Cure.

3. Symptoms move in reverse order of their orignial appearance

When you are moving in the Direction of Cure, sometimes old, suppressed symptoms will return to finally be resolved properly. This, too, is nothing to worry about. Mary calls it “spring cleaning of the body” of every symptom that was suppressed and pushed inward by conventional treatments. The reverse order of symptoms will usually be from the inside out, as well. For example, you may try homeopathic treatment for chronic asthma. As the asthma gets better, however, the hay fever you had as a child returns. When you take a remedy for hay fever, you find yourself breaking out with the same eczema you had as a baby. Now you can take a remedy to heal the eczema.

This shows that conventional treatment for eczema (e.g. hydrocortisone cream) pushed the dis-ease further inward causing hay fever. When the hay fever was treated (with anti-histamines and desensitizing injections) the dis-ease went deeper and finally caused asthma. The conventional treatment showed a wrong Direction of Cure from outside to inside, with the patient getting worse instead of well.

All of this means that if you take a remedy, you could experience a “healing reaction”. For example, a remedy for a stomach ache may cause vomiting or diarrhea. This is a good sign, as the person is getting rid of the nasty things that caused his stomach problem. Even if the original symptoms return for a short time (such as the stomach ache returning for 10 minutes after vomiting), this is nothing to worry about. The issues are appearing in the reverse order of their original appearance and the stomach ache resolves after a short time.

Fever and sweating are very good signs, too.

Healing reaction symptoms also provide helpful clues that confirm the remedy chosen, and also point to the remedy to take next.

Classical homeopathic doctor Manfred Mueller (2014) notes that scientific research has shown that in the US, the number-one cause of death by far are “iatrogenic diseases” – diseases caused by doctors and the drugs they prescribe. Mueller writes that “Hahnemann saw this coming over 200 years ago. While he himself encountered mostly natural disorders, he saw that drugs were more powerful than natural diseases and could have more devastating effects… Hahnemann saw that every drug, even after only one dose had been taken, left a footprint in the individual’s health that didn’t stop once the drug left the individual’s system.”

As Hahnemann himself wrote: “Their effects can never be cured like mere local mechanical irritations, as was formerly imagined… The secondary action of poisonous drugs brings about diseases of a dynamic nature. This class of disease must be counteracted by their appropriate dynamic antidotes.”

According to Mueller, many chronic disorders today are actually effected by drugs’ long-term secondary effects, which act as obstacles to healing. Even a single dose of a suppressive drug can bring about a chronic disorder. This was illustrated to me recently when I read about people left unable to walk for months after a single dose of the antibiotic levofloxacin caused damage to their tendons and muscles (these and other serious side effects are well-known).

In order for homeopathic treatment to work, it is important that dis-ease causing agents (drugs) are first removed from the system. As long as they remain in the body, their primary effects will block healing. It is only when they are removed that the secondary effects left behind can be tackled.

Mueller (2013) gives the example that shows the Rule of Direction of Cure at work. A 55-year-old woman was prescribed Premarin (estrogen) by her OB/GYN for her hot flashes. The next year, she developed hypertension, for which her GP prescribed Atenolol. Half a year later, she developed an arrhythmia and went to a cardiologist, who prescribed Cardizem for her new heart condition. Within 8 months, she became clinically depressed to the point that she consulted a psychiatrist, who prescribed Zoloft for her psychiatric problem. After 4 weeks she started having panic attacks, so the psychiatrist added Paxil to the list. At this point she had had enough and went to see Dr. Mueller.

Mueller recommends googling these medications (or consulting drugs.com or rxlist.com) to see what side effects they have. You will find that every new condition developed by this poor woman was in fact a known side effect of the various drugs given to her by the compartmentalized specialists. The “side effects” turned out to be the actual “real life effects”, resulting in iatrogenic (doctor-caused) disease. In suppressing her hormonal imbalance and driving it inwards, the drugs acted in the direction opposite that of cure, making the woman worse rather than better.

Mueller’s Method involves clearing the drug-induced disorders in reverse order (in other words, in the Direction of Cure from the most recent to the earliest problem, her underlying hormonal imbalance). He quotes Erastus E. Case, who was acclaimed as one of the great homeopathic clinicians:

“The correct method is to prescribe for the present conditions, bearing in mind as especially important the latest symptoms that have arisen; then to follow the case backward step by step, removing the ailments in the reverse order of their first appearance. Finally, the constitutional remedy becomes clearly indicated, and it will complete the cure gently and safely.”

A little more about Constantine Hering and Lachesis

Constantine Hering (1800-1880) is usually considered to be the pioneer of American Homeopathy since he immigrated to the US in 1833. Whilst Hering was a student of medicine in Leipzig, Germany, he was asked by his professor to investigate and refute Hahnemann’s theories, because the “homeopathic heresy” really annoyed regular physicians. On investigating Homeopathy’s clinical claims for himself, however, he became a fervent convert to Homeopathy, and befriended Hahnemann.

It is probable that Hering would have lost a finger, if not a hand, had it not been for a timely homeopathic remedy (Arsenicum album) which saved him from the surgeon’s saw.

While living in Surinam, he started studying snakes. Once he was bitten by a deadly poisonous South American Bushmaster snake (whilst trying to milk it for a proving). He insisted his poor wife Clara sit beside him and write down every symptom in minute detail to include it in his next Materia Medica. The remedy he made from the venom was Lachesis, a rememdy that is very frequently prescribed today for a variety of problems and especially for diseases of the heart and circulatory system.